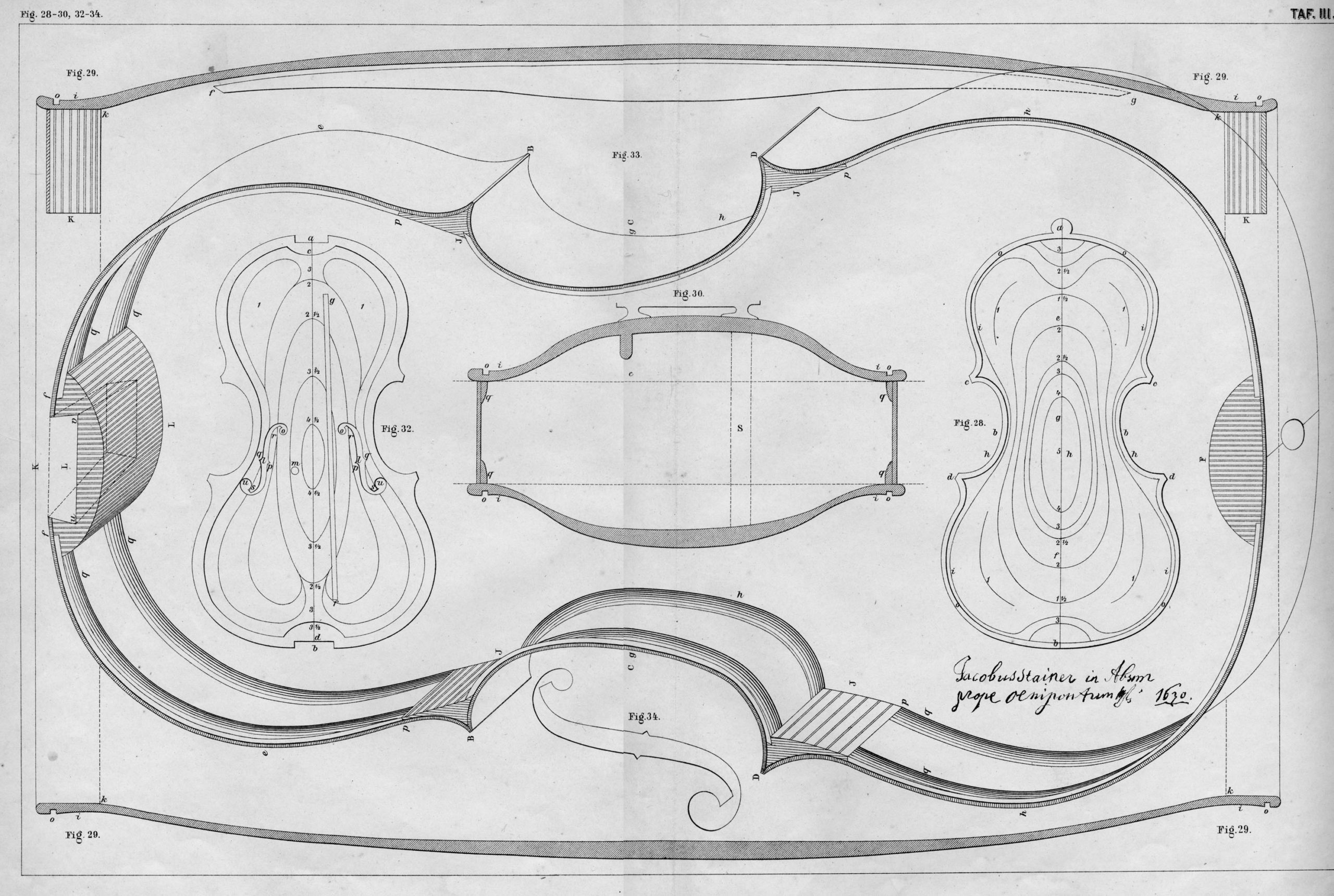 In the course of the centuries, the workshop has not changed a great deal. There are still the same tools that were used by the old masters: the carpenter’s bench, saws, small and large planes as well as chisels made of wood just like those used for sculpturing. Moreover, blades and stencils, also brushes for varnishing and above all large knives for woodcarving are still in use. Still, at Sprenger Geigenbau, there are tools in use that were originally used by founder Fritz Sprenger.

For the violinmaker, wood is the most important material; it is only natural that the correct choice of wood is vital in order to achieve the best quality of sound. Wood that is too heavy because of its specific weight cannot be used – although it looks perhaps marvellous. It is also because of this aspect that mass-production of violins has to fail: these days even with modern, computer-controlled machines; the works is too mechanical, without any consideration for materials used. Mass-production will never fulfil the fundamental aspect, because each piece of wood needs to be treated differently, even when the wood is chopped out of the same trunk, the single pieces are very different of each other. At the lower end of the trunk, the wood is generally harder than at the top, also, parts which grew in the sunshine obviously differ from parts that grew in the shadow.

Two sorts of wood are the most common in violin making: spruce for the belly and maple for the back and the scroll. The fingerboard consists of ebony, which is a very hard wood. The pegs and tailpiece are mostly made of ebony, jacaranda or boxwood.

The finest wood of maple comes from Bosnia, the most adapted spruce comes from central European countries; it grows at an altitude of about 1000m above sea level. The wood of the ebony comes from Africa – it is wood of the date palm.

The most common kind of construction is the one with the so-called inner form. The ribs are adjusted to this form. The ribs, which are about 1.2 mm thick, are bent over the bending iron. Then, they are fixed with some glue at the top- and bottom-block and at the corner-blocks. The back and belly of the violin are sawed out with its exact outline. This whole process happens according to the precise pattern of the stencils. The stencils can be taken from an instrument, so for instance from a violin made by Stradivari or Guarneri; perhaps, they are changed a little bit with a small, personal peculiarity. The belly and the back, which have been cut out are arched afterwards.

Therefore, nothing except the ribs is bent or pressed, everything is worked out of a solid piece of wood. When the outer arching has been finished the insides of the back and belly are gouged out. The thickness of belly and back is not the same for the whole violin; its wood is between 2.5 and 4.5 mm thick. The violinmaker has to adjust his work to the character of the wood. This is an essential advantage over violins that are made by machines. After carving and preparation, the back is fixed to the rim of the rib. The f-holes are cut out of the belly and then the bass-bar is adjusted and fixed. In order to find the form of the f-holes, the violinmaker focuses on classical examples – perhaps also on his personal particularities. Next, the inner form has to be detached from the ribs; afterwards, the belly is fixed on the rim of the rib. Finally, the back and belly are put in and the edges are rounded. With that, the body of the instrument is finished.

The scroll is cut out of maple wood, which should – if possible – match the back and ribs. When the scroll and the so called peg-box has been worked out, the fingerboard gets adjusted to the neck. Then, the complete neck is fitted to the body, which obviously is a working process that has to be carried out with high precision; it has a large impact not only on the instrument’s technical playing possibilities but also on its sound. Now, the white instrument is finished. It is now only its varnished dress that is missing.